Military strategists can teach you a lot about leading a business team. Before the 1960s, there was no such thing as strategy in business. Strategy was for military historians and the future battlefield leaders being trained at academies like Sandhurst and West Point. 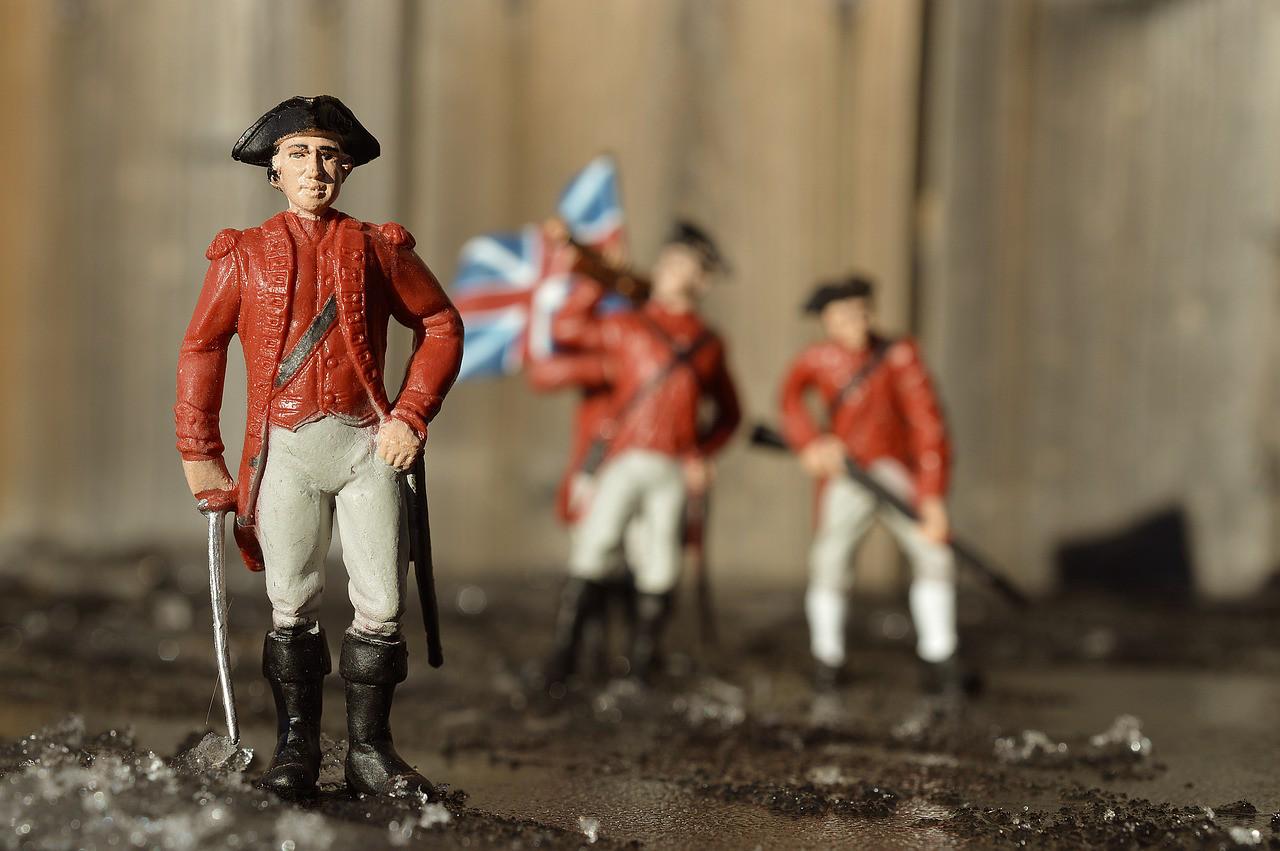 Quoting military strategists in business has become cliched, but it’s still relevant; from carrying round copies of Sun Tsu’s The Art Of War in their briefcases, to team-building in the woods with paintball guns, plenty of business leaders have taken the actions of history’s greatest commanders to heart.

But what are the most powerful pieces of advice you can take on board?

Here are seven lessons that stretch back more than two thousand years and are as relevant in the office today as they were on the battlefields of Europe, Asia and beyond.

Lead from the Front

He wasn’t called Great for nothing. By the time he died at 32, legendary Macedonian commander Alexander had conquered most of the known world; creating an empire that stretched for 10,000 miles and encompassed the Mediterranean, most of Europe and even reached the borders of India.

An intelligent and inspirational leader, Alexander forged unwavering loyalty in his troops. He rode and walked among them, drank the same amount of water his soldiers had, and deeply understood their physical and emotional state before a battle. It’s that understanding, coupled with his ruthlessness, that led him to amass one of the largest empires the world has ever seen.

If you want your team to follow your vision, then you’ve got to get on the frontline with them. When was the last time you handled a complaint from an irate customer, spent time in your call centre or sat alongside your team for a day? Being a leader doesn’t mean being aloof and unapproachable; it means being a genuine figurehead who inspires loyalty in those you lead.

Pursue your Aims with Audacity and Strength of Will

Inspired by his experiences in the Napoleonic Wars, Prussian scholar-general Carl von Clausewitz brought the study of warfare to an intellectual level that has dominated the discipline for more than 150 years. From the American Civil War to Vietnam, his theories and analysis have continued to remain relevant despite the ever-changing technology of combat.

Published after his death from cholera in 1831, Von Clausewitz’ book, On War, is arguably the single most influential military text in human history. Laying out the principles that have defined Western doctrine ever since, it’s an earth-shattering tome that fuses hardcore military tactics with in-depth political strategy to set out the rules for winning in battle.

But how can von Clausewitz help you succeed in the office? One of his most powerful quotes, “If the leader is filled with high ambition and if he pursues his aims with audacity and strength of will, he will reach them in spite of all obstacles”, sounds like it could have been written with today’s entrepreneurs in mind. The road to success in business is strewn with obstacles. If you want to be successful, you’ve got to have the mental strength to overcome them.

Before Adolf Hitler blunted its attacking prowess through his own megalomania, Nazi Germany’s Wehrmacht was one of the most impressive military organisations in history. Embracing the power of the tank, Germany’s army stormed through France in 1940, bringing the nation to its knees in a matter of weeks; something it had been unable to achieve through the four bitter years of fighting of the First World War.

The reasons behind the Wehrmacht’s early successes were the innovative tactics of its leaders, particularly the visionary theorist Colonel Heinz Guderian. Understanding that an inefficient chain-of-command would undermine his lightning-fast “reconnaissance in force”, Guderian empowered his officers to make their own battlefield decisions without the need to refer to their superiors, slicing the Allies in pieces before they had a chance to react.

It’s an approach that can work just as well in the office. Don’t create bottlenecks where your team can’t move forward without your say-so. Set clear goals and objectives and let them find their own way there.

Teach Your Team How to React Quickly

Rarely discussed outside military circles until recently, Colonel John Boyd was arguably the most influential strategist to emerge since Sun Tzu. Obsessed with finding the truth about conflict, his philosophical approach to the analysis of military strategy has influenced everyone from the US Marines to police SWAT teams, the fire service and a host of other organisations.

A combat fighter pilot during the Korean War, Boyd was desperate to understand why the American F-86 Sabre had a kill ratio of 10 to one over the superior Russian MiG. The result of his study was the OODA loop, a near-perfect recipe for victory in air-to-air combat; it’s a tactic that can be applied to any situation where an upper hand is needed.

In the workplace, the four tenets of Observe, Orient, Decide, and Act are pivotal. Teach your team to follow Boyd’s approach and their chances of succeeding are vastly amplified. From combating threats from competitors, to managing tricky customer support calls, the OODA loop is an extraordinarily powerful approach that nearly always pays off.

Napoleon wouldn’t go into battle until he’d considered all the risks; why should you?

Napoleon Bonaparte was, undeniably, the finest operational strategist of his generation. On the battlefield, though, it was a different story. For every major success, there was a disaster. From his triumph of Jena-Auestadt to his abject failure to subjugate Russia, his military career was one of bloodletting of near-mythic proportions.

But for all his failings in battle, Napoleon was an extraordinary military campaigner. A deep thinker, he would ponder all the possible outcomes of his endeavours, good and bad, before choosing to engage the enemy. He exaggerated the calamities in his own mind first, so he was absolutely prepared for whatever came to pass.

It’s an approach that any business leader can apply. Before kickstarting anything new, spend time with your team thinking about everything that could go wrong; it’ll stand you in good stead for whatever does.

Remember, Planning is Everything

What you can learn about planning from Dwight D. Eisenhower, the mastermind behind D-Day

Anyone with a passing interest in time management will be familiar with Stephen Covey’s Time Management Matrix. What many don’t know, though, is it wasn’t Covey’s matrix at all. Supreme Commander of the Allied Forces in Europe during World War 2, General Dwight D. Eisenhower created the model to help him focus on his most important tasks.

A masterful military planner, Eisenhower never shied away from making important decisions. By understanding and evaluating where he needed to spend his time, Eisenhower was able to make real progress on his goals, instilling confidence in his subordinates even when it looked like events were conspiring against him.

Eisenhower’s oft-quoted statement that “what is important is seldom urgent and what is urgent is seldom important” powered him from the Allied advance through Europe to the presidency of the United States; it can certainly help drive you to the top in business.

Sun Tzu was right; understanding, empathy and self-awareness are critical to your success as a leader

Sun Tzu’s seminal The Art of War has been transforming the way military leaders think ever since it was translated into French in the 18th Century. It’s more than just a book about warfare, though; it became essential reading for everyone as soon as the words “business” and “strategy” were flung together in the 1960s.

At the heart of Sun Tzu’s philosophy is one of his greatest pieces of advice; a leader leads by example, not by force. Self-awareness, empathy and understanding are essential elements of every business leader’s strategy. As Sun Tzu elaborated,”treat your men as you would your beloved sons and they will follow you into the deepest valley.”

There’s a reason that The Art of War has become such an important work. It’s advice is timeless and is just as powerful in the modern office cubicle as it was on the battlefields of ancient China. Lead by action, not words, understand what motivates your troops and do your best to deliver it.